No Sign Of Backlash Hampering 'Game Of Thrones' Future 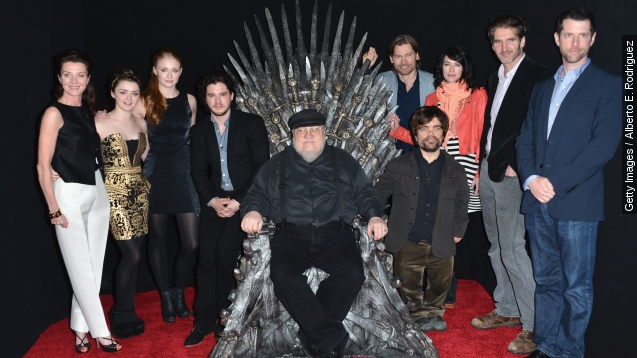 SMS
No Sign Of Backlash Hampering 'Game Of Thrones' Future
By Ben Lawson
By Ben Lawson
June 14, 2015
Lately, "Game of Thrones" has its own fans accusing it of being too violent, but will their outrage ever hurt the show's ratings?
SHOW TRANSCRIPT

Even for "Game of Thrones" this season was shocking. There were multiple times when fans cried online that the show's writers, D.B. Weiss and David Benioff, had finally gone too far and they would quit watching the show.

However, Sunday marked the show's season five finale and there is no real sign its audience is giving up.

"If I am going to die let it happen while there is still some of me left," said a character in "Game of Thrones."

So will the show actually go so far it gets abandoned by its audience? There are some spoilers for episodes leading up to Sunday's finale to follow. So stop watching now if you aren't caught up.

The fifth season of HBO's mega hit saw teenaged Sansa Stark, who has been on the show since day one, raped by her husband on her wedding night. We also watched a father burn his daughter at the stake while she screamed for mercy.

The fan reaction was the typical shock and outrage on Twitter and a stack of thinkpieces from the media that could rival the size of a George R.R. Martin book. A show that was once praised for great character development and clever twists became known for reducing sexual violence to a cheap plot device.

Specifically when Sansa was raped. Fans complained that it felt unnecessary because it actually undid a lot of Sansa's development into a strong, independent character.

After one of those shocking episodes, the ratings did dip a little and some outlets were speculating that the drop was thanks to disgusted viewers leaving the show.

But then next week the show rebounded higher than it was before with 7 million viewers and that week where numbers dropped, "Game of Thrones" still had 5.4 million viewers. So it likely didn't give anyone at HBO reason to worry.