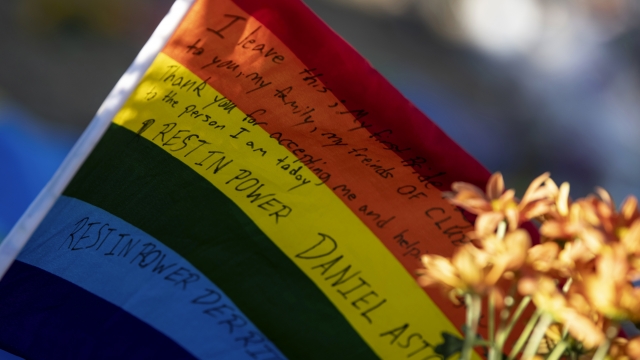 Newsy found Colorado's red flag law was not applied to the Club Q shooting suspect, even after he made an earlier bomb threat.

A Newsy analysis of Colorado's court database shows no record of anyone asking a judge last year to remove guns belonging to Anderson Lee Aldrich, the suspect in the deadly shooting at Club Q in Colorado Springs, despite his mother alleging he threatened her with a "homemade bomb, multiple weapons, and ammunition."

Under Colorado’s red flag Law, citizens and law enforcement can petition a judge for an Extreme Risk Protection Order (ERPO), which can result in someone’s firearms being removed for up to a year if that person poses a significant risk of causing injuries to themselves or others. The process is civil, not criminal.

The Newsy analysis, which was conducted earlier this fall, found Colorado judges granted final orders in 60 distinct cases in 2021, but no law enforcement agencies based in El Paso County, where this weekend’s mass shooting occurred, filed for any Extreme Risk Protection Orders in 2021.

"It’s impossible to look back on the circumstances in which it wasn’t used or was used and determine that it would have made a difference in terms of the outcome, as tragic as it was," said Chris Knoepke, an assistant professor at the University of Colorado Department of Medicine, who is currently researching red flag laws as part of the Firearm Injury Prevention Initiative.

Knoepke is engaged in a six-state study, including Colorado, evaluating how red flag laws are being used and the circumstances in which a judge is most likely to grant an order.

Knoepke also participated in a study, led by researchers at the University of Michigan Institute for Firearm Injury Prevention and Johns Hopkins Bloomberg School of Public Health, in which results released last month found that more than 10% of petitions that were filed in the more than 6,500 cases reviewed were in response to someone threatening a mass shooting, or to kill at least three people.

"We want to look at whatever tools are available to help reduce the chances that these things happen in the future," he said.

The other states being researched are California, Connecticut, Florida, Maryland and Washington.

According to a red flag bill statement on the El Paso County Sheriff’s Office website, deputies "will not petition for an ERPO unless exigent circumstances exist, and probable cause can be established that a crime is being or has been committed."

"That’s a political declaration that doesn’t have anything to do with whether an order can be pursued including by law enforcement or a family member," Knoepke said.

Newsy reached out to the El Paso County commissioners for a comment about the county’s position, but a spokesperson, Vernon Stewart, responded by saying “due to (the Club Q shooting) being an ongoing investigation, we will refrain from providing comment or conducting interviews at this time.”

Our investigation found the Colorado Springs Police Department, which is located in El Paso County, successfully petitioned in June of this year for a different man, Raymond Cornell, to have his firearms removed. The 27-year-old made threats to commit a mass shooting at a popular street festival called Territory Days and at "gay and queer clubs because he stated he doesn’t care if they suffer," according to court documents.

According to the petition obtained by Newsy, the man made suicidal and homicidal comments and stated that "he hates gays and homosexuals now because his sister is a lesbian."

A judge granted the order in July, removing the man’s firearms for a year, citing, a "pattern or acts of credible threats of violence."