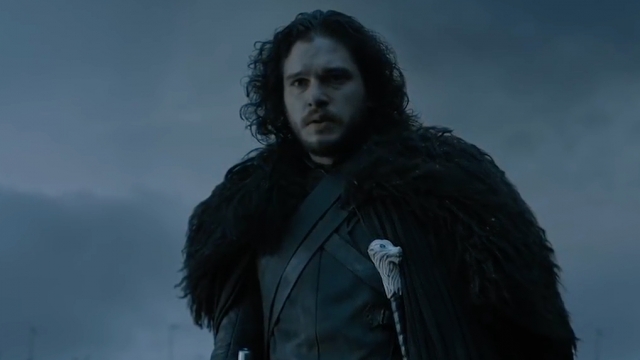 SMS
No Reading Required: Top 3 Stories Revolving Around Well-Known Tales
By Katherine Biek
By Katherine Biek
April 30, 2016
On this Top 3, we talk about one of the most pirated TV dramas, a house straight out of a classic and a comic strip that's coming to life again.
SHOW TRANSCRIPT

When's the last time you picked up a book? Yesterday? A month ago? Dare we say it — sometime last year? Well, it doesn't matter if you're a bookworm or a book-basher: This week's Top 3 tales will make you a believer when the stuff of stories becomes reality.

First is HBO's "Game of Thrones," which is, as you probably know, based around the George R.R. Martin novels.

After a year without a new episode, season six premiered Sunday in a big way, with 10.7 million people tuning in to watch either the premiere, its first two reruns on HBO or the network's two streaming platforms.

That number is likely much larger, since, as Entertainment Weekly pointed out, Nielsen doesn't count viewers who aren't HBO subscribers.

And remember, the fantasy drama has been the most pirated TV show for the past four years.

In fact, TorrentFreak estimates the season premiere was illegally downloaded over 1 million times in just the 12 hours after it aired Sunday.

And there were reportedly about a million tweets with the hashtag #GameOfThrones just during the one-hour premiere.

Next, a Florida mansion, inspired by the F. Scott Fitzgerald classic "The Great Gatsby," is going up for auction.

And you could land a helicopter in the backyard. Just make sure not to hit the two-story guest house.

The homeowner hopes to sell the property for about $13 million.

Finally, everyone's favorite beagle and his lovable owner Charlie Brown are heading back to television.

This time, the "Peanuts" gang won't be searching for the Great Pumpkin or finding the world's saddest Christmas tree.

Deadline reports the series will be a bunch of animated shorts, bringing the comic strip, which ran from 1950 to 2000, to life.

The series will air on Time Warner's Boomerang network starting May 9, which already features animated classics like "Scooby-Doo," "The Tom and Jerry Show" and "Looney Tunes."

Unlike 2015's "The Peanuts Movie," which was all CGI, this new TV series will more closely resemble the comics thanks to the water-color style.