No One Seems To Like 'Fantastic 4,' Not Even The Director 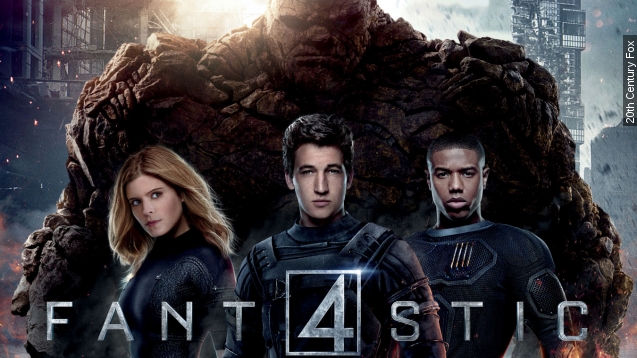 The reviews for 'Fantastic Four' are not pretty for the superhero flick, and now the director has weighed in.

The reviews of the "Fantastic Four" reboot are rolling in and they're not pretty. Rotten Tomatoes gives it just a 9 percent, and the critical consensus about the movie is "dull and downbeat." (Video via 20th Century Fox)

One writer at the New York Daily News was a little more blunt, saying, "The whole movie feels like a tale being made up on the spot by a hypercaffeinated 6-year-old."

It's hard to believe, but those critiques dull in comparison to what the film's director had to say.

The remake has had a tough go of it since the beginning. Fans slammed the casting of black actor Michael B. Jordan as Johnny Storm, a character who is typically portrayed with blond hair and blue eyes.

And it looks like the poor reviews are impacting the movie's debut. Variety reports it may not even break $30 million this weekend. It could be awhile before the studio breaks even on the film's reported $120 million budget.

This video includes images from Getty Images and music from DaveChapman / CC BY 3.0.