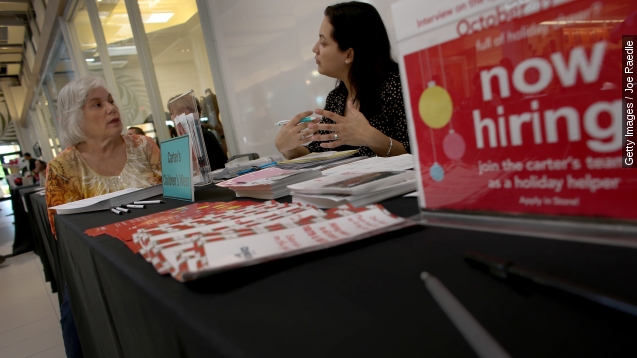 The U.S. job market improved in October far more than economists were expecting — and we mean far more.

Employers added 271,000 jobs in October, while economists were only expecting about 180,000. That lowered the unemployment rate to 5 percent, half the rate we saw six years ago at the height of the Great Recession.

Economists theorize that when unemployment falls, the inflation rate typically increases, at least in the short term.

But that didn't happen in the '90s and it hasn't happened recently, either. That's a big reason why the Federal Reserve passed on raising interest rates two months ago.

The Feds will get their next chance to raise interest rates in December. (Video via Federal Reserve Board)

The good news in wages is hourly earnings rose by 9 cents, meaning wages for the year are up 2.5 percent. Slow wage growth has been a big criticism of this recovery.

Annual income is rising slowly overall, but in many fields, it's stagnant or even slowly dropping. So while yes, there has been a hefty number of new jobs this year, many of them are low paying.