No NFL Arrests In September: Pat On The Back Or Pathetic? 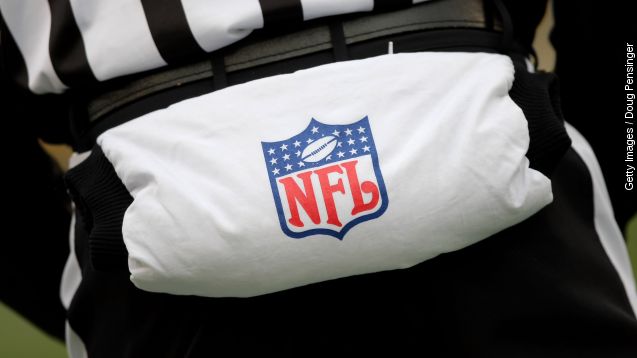 SMS
No NFL Arrests In September: Pat On The Back Or Pathetic?
By Katie Link
By Katie Link
October 2, 2015
The NFL finally made it a whole month without any of its players being arrested. Time to celebrate?
SHOW TRANSCRIPT

September was a good month for the NFL. For the first time in six years, all of its players managed to stay out of jail.

High-profile arrests have plagued the NFL in recent months. As a result, league organizers have faced major heat for what many called arbitrary disciplinary actions. (Video via ABC)

And fans and critics of the league are still slow to congratulate anyone for getting off scot-free last month.

So sarcastic comments aside, is this "achievement" pathetic or impressive?

We took a look at the numbers to find out. First, there are 32 teams in the NFL — all with an active roster list of 53 players. So that means there were about 1,700 NFL players that stayed out of jail last month.

According to the San Diego Union-Tribune's database of player arrests, there were 52 arrests of NFL players in 2014 — more than four arrests a month and comprising about 3 percent of the players on active rosters.

To put this in perspective, the FBI says law enforcement agencies made 11,205,833 arrests in the U.S. last year. By those numbers, an average of one in 28 Americans were arrested — or 3.5 percent. That doesn't account for people arrested multiple times, but the FBI still put the arrest rate in that ballpark.

Studies on arrest rates are often debated. But most experts agree, up to half of all American men will be arrested in their lifetime.

So maybe the NFL should pat themselves on the back for a well-behaved September after all. We won't hold our breath, though.