Democrats Winning The House Isn't A Guarantee Taxes Will Go Up 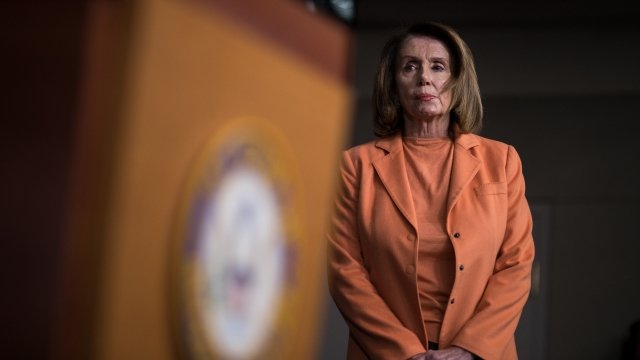 SMS
Democrats Winning The House Isn't A Guarantee Taxes Will Go Up
By James Packard
By James Packard
April 25, 2018
House Minority Leader Nancy Pelosi didn't vow to raise taxes if Democrats win the House in November, even if these articles say she did.
SHOW TRANSCRIPT

There's a headline that cropped up all over the place claiming House Democratic leader Nancy Pelosi vowed to raise taxes if her party takes back the House this fall. That's a major stretch.

The articles reference a town hall Pelosi hosted in California during which she said she'd want to work with Republicans to pass a new tax bill. Democrats have promised to repeal parts of the tax law passed in December. Of course that might raise taxes for someone, but it certainly isn't a sure thing, and Pelosi definitely didn't vow to raise taxes.

That said, in March, Senate Minority Leader Chuck Schumer proposed raising taxes on corporations and raising the individual tax rate for the top tax bracket. But again, that doesn't guarantee that's what will happen if Democrats win seats in November, and it certainly doesn't change what Pelosi said at that town hall.