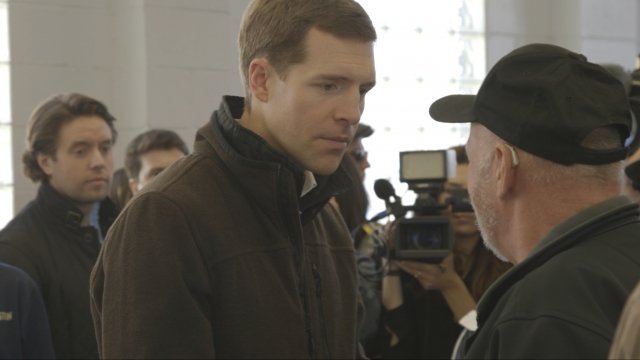 The race might be an omen for gloomy midterm elections for some in the GOP in November.

Most people probably hadn't heard of Pennsylvania's 18th District before a few months ago. But now it's on the lips of just about everyone who pays attention to politics.

But by now, you have likely heard the name of the apparent victor who might win by a teeny, tiny margin — Democrat Conor Lamb.

To this point, this has been a reliably red district — one President Donald Trump won by about 20 points and Mitt Romney won by 17 points in 2012. Until now. The recent result is giving us a peek into how the November midterms might shape up.

First of all, it plays into the narrative Dems have been pushing for months: A blue wave is coming to Congress. They've over-performed in special elections, won a U.S. Senate seat in Alabama for the first time in years and made huge gains in Virginia and New Jersey, including gubernatorial wins in both states. The excitement is on the left side of the aisle right now.

The results are a part of mounting evidence the party may be losing ground in some of Trump’s strongest areas in 2016. And the kind of themes they were hoping to lean on during the midterms — Trump tax cuts, the newly signed steel tariffs and anti-Nancy Pelosi (she's the House minority leader) rhetoric — might not work as much as they expect.

For Democrats, this race gives them a view into what kinds of candidates they should be running in similar areas this year. Lamb ran as a moderate — and even on the right in some cases. He is personally opposed to abortion, is opposed to new gun control measures after the high school shooting in Florida, supported the president’s new tariffs and is pretty against Pelosi.

But one thing that could really hurt Democrats is the primaries. Lamb didn't go through one, and the process typically pulls candidates much further to the left. So Dems will need to decide if they want to stay ideologically pure or put up candidates who can win in Trump country.

And Republicans know this race means a lot, substantively and psychologically. They've shoved more than 10 million dollars into the race and sent some of their biggest dogs here, from Donald Trump Jr. to Mike Pence to the president himself.