No Matter The Cause, The NFL Doesn't Budge On Its Dress Code 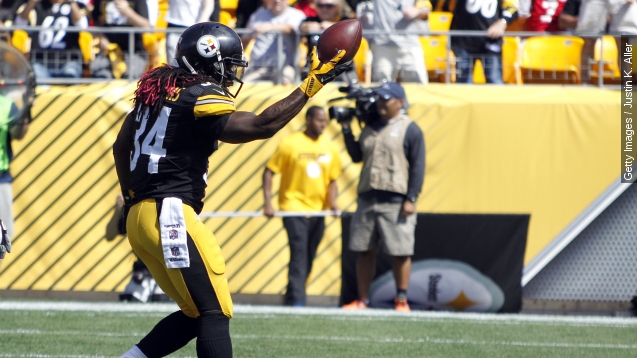 SMS
No Matter The Cause, The NFL Doesn't Budge On Its Dress Code
By Jamal Andress
By Jamal Andress
October 15, 2015
While the NFL encourages players to sport pink in October for breast cancer awareness, it doesn't bend its rules for much else.
SHOW TRANSCRIPT

Every October, the NFL participates in Breast Cancer Awareness Month with its NFL Crucial Catch campaign. (Video via NFL)

"Pink is not a color, it's a culture for me." DeAngelo Williams said in an NFL breast cancer awareness video.

From the players' uniforms to breast cancer ads during games, the NFL seems to be all in.

But outside of what the league allows, players don't have much say about what they wear to promote breast cancer awareness.

Pittsburgh Steelers running back DeAngelo Williams was told by the NFL he could not wear pink accessories throughout the season because there are no exceptions to the NFL dress code.

Williams wanted to wear pink for the rest of the season to honor his mother and other family members who died of breast cancer.

That "no exceptions" rule also got Williams' teammate, Cam Heyward, fined this week.

The Steelers defensive end was fined more than $5,000 for wearing eye black with the words "Iron Head" in honor of his father, who also died of cancer.

"When the league goes ahead and fines him, it looks petty, it looks small ... but again, the league has never wavered on this and it says you're not allowed to do that, and if you do, you're going to be fined." ESPN's Adam Schefter said.

From headphones to cleats, the NFL enforces its dress code.

A similar controversy arose two years ago when Brandon Marshall, who has a history of mental illness, wore green cleats for Mental Illness Awareness Week. He was fined more than $10,000 for his violation.

Though he said on Twitter afterward it was all worth it: "The fine is nothing compared to the conversation started and awareness raised."

The NFL didn't respond to the Brandon Marshall controversy in 2013 and hasn't responded to the recent situation with DeAngelo Williams.

Williams is still pushing for the cause. He dyed the tips of his hair pink in support of breast cancer awareness and has plans to pay for more than 50 mammograms conducted by hospitals in Pittsburgh and Charlotte, North Carolina.