No Evidence Of Foreign Tampering Of Mail-In Voting, Officials Say 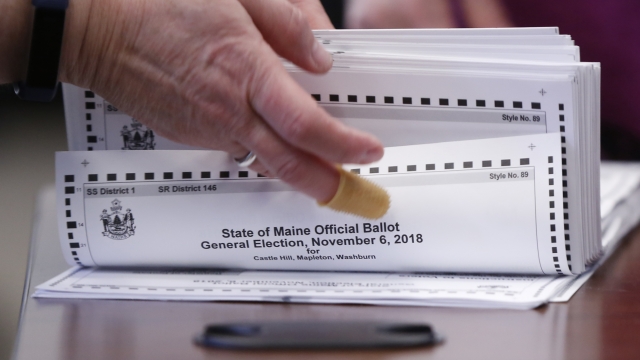 SMS
No Evidence Of Foreign Tampering Of Mail-In Voting, Officials Say
By Adam Elrashidi
By Adam Elrashidi
August 27, 2020
President Trump has decried mail-in voting as vulnerable to foreign interference, but U.S. officials say there's no sign of any such efforts.
SHOW TRANSCRIPT

President Trump has often decried mail-in voting as fraudulent, despite evidence to the contrary. He's also said it's vulnerable to foreign interference. But a senior official with the office of the Director of National Intelligence told reporters Wednesday there's no evidence of any such efforts.

A senior FBI official added that it would be extraordinarily difficult to tamper with the results in any measurable way.

Intelligence officials have previously accused Russia, Iran and China of utilizing disinformation campaigns and other methods to interfere with the November election. However, officials say none of those tactics appear to be targeting mail-in voting initiatives.

U.S. intelligence agencies determined Russia had used a campaign of propaganda and hacking to support the Trump campaign during the 2016 presidential election. Officials told reporters yesterday the nation has become "a lot more aware" of potential foreign interference since then.