No Injuries, Fatalities After Explosion At Texas Valero Refinery 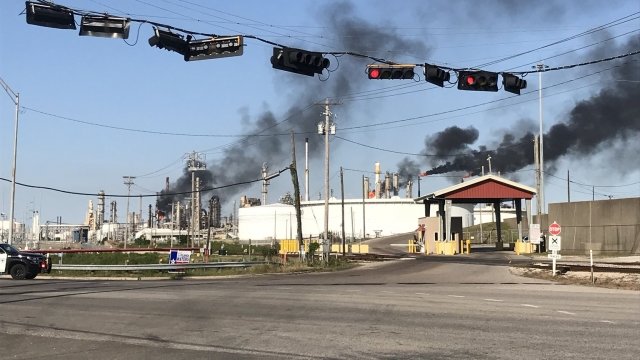 SMS
No Injuries, Fatalities After Explosion At Texas Valero Refinery
By James Packard
By James Packard
April 19, 2018
Authorities in Texas City, Texas, said there were no injuries or fatalities after an explosion at a Valero refinery there.
SHOW TRANSCRIPT

Authorities in Texas City, Texas, say all employees are accounted for after an explosion at a Valero refinery there.

The city said there was no need for anyone to shelter in place, and there were no injuries or fatalities. It's not clear what caused the explosion.

That refinery produces gasoline, kerosene, oil, and several other petroleum products. It employs about 480 people.

Texas City is also the site of a massive explosion that killed at least 576 people in 1947. That happened when a cargo ship was being loaded with ammonium nitrate fertilizer, which is super flammable. A fire broke out on the ship and when it spread, it exploded.