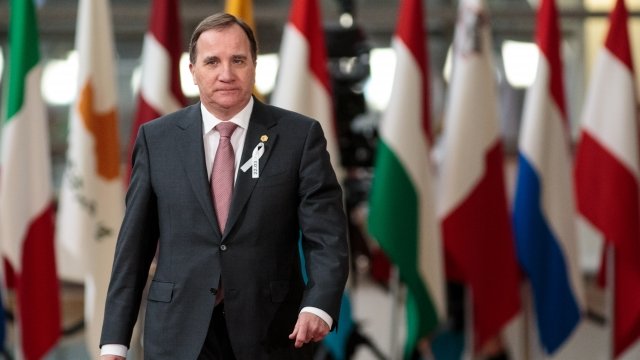 By Andrea Gonzales
September 25, 2018
This happened just two weeks after an election left no majority in parliament.
SHOW TRANSCRIPT

Sweden's center-left prime minister, Stefan Löfven, is stepping down after losing a confidence vote. This comes two weeks after an election left parliament without a majority.

CNN reports members of the Sweden Democrats joined efforts with opposition parties to oust the Social Democrat PM -- who has been in power since 2014. Löfven said he's willing to work with groups to form a coalition government, but ruled out dealing with the Sweden Democrats, pointing to their anti-immigration policies and nationalist foundation.

The parliament's newly elected speaker will propose a new prime minister, which will come to a vote. If the speaker fails to get enough support the first time, The Guardian reports he has three more tries. If parliament fails to come to an agreement, an election will be held within three months.