No Clear Winner In Israel Election 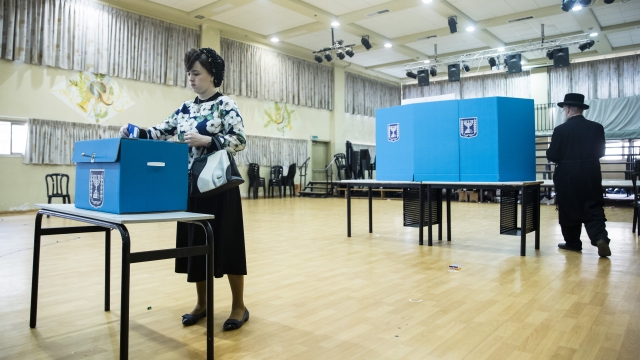 SMS
No Clear Winner In Israel Election
By Meg Hilling
By Meg Hilling
September 18, 2019
Neither incumbent Prime Minister Benjamin Netanyahu and his Likud Party nor Benny Gantz and his Blue and White Party appear to have won a majority.
SHOW TRANSCRIPT

Israel’s second national election in five months looks like it will end in a deadlock.

If those results hold, all party leaders who achieved representation in parliament will begin consultations with Israel's president. The president will then determine which party leader will get the first shot at building a governing coalition.

It was Netanyahu’s failure to build a governing coalition after his narrow win in April's elections that prompted this second election.

If no coalition can be reached once again, there is the possibility of yet another round of elections. According to the BBC, much of the country does not appear to want that.

On Wednesday, Netanyahu canceled his upcoming trip to the U.N. General Assembly due to the uncertainty in Israel's elections.