When Can The Government Bring Down A Drone? 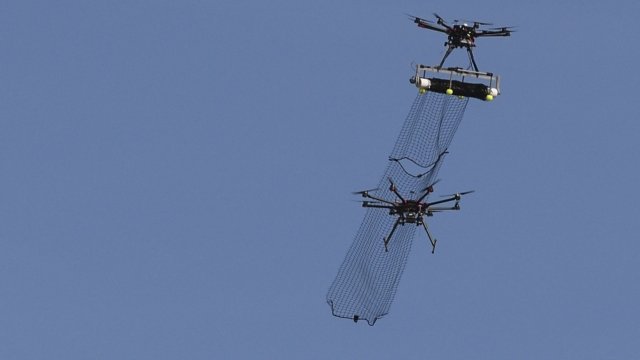 When can a government agent shoot down your drone? Turns out it's a surprisingly complex question which could take years to answer.

You might think that if someone flies a drone in a way that's dangerous or illegal, like flying it over the Super Bowl, then law enforcement can just blow it out of the sky. But at the moment, most federal, state and local agencies lack the legal authority to do that. They can arrest the drone pilot, but it's not clear what they can do to the drone while it's in the air.

Drones — even small, store-bought toys — are considered aircraft by the Federal Aviation Administration. That means there are strict regulations on when they can be shot down, and those regulations all come from the pre-drone era. For instance, using radio scanners or frequency jammers to detect and disrupt a drone may violate the wiretap act. 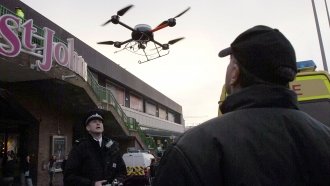 "I was shocked. I just assumed that if there were drones threatening the Cardinals baseball stadium or the Brewers stadium or whatever … We have no authority to counter those drones," Senator Ron Johnson, chair of the Homeland Security and Governmental Affairs Committee, said.

Congress gave the same authority to the Department of Defense and Department of Energy in 2016, and those departments have been trying to hammer out new rules with the FAA ever since. But they still aren't finished, and the legal authority to shoot down a drone still only applies if the drone is flying over specific areas, like military bases.

The DHS and DoJ want the same rights to protect their sites, as well as to protect vulnerable events like political ceremonies or sports championships. Until then, any law enforcement agent who downs a drone, no matter how dangerous, could run afoul of federal law.