No Big Deal Or Anything, But Disney's Robot Can Climb Walls 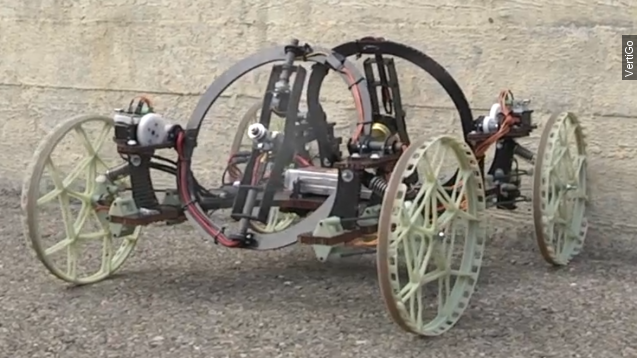 SMS
No Big Deal Or Anything, But Disney's Robot Can Climb Walls
By Mikah Sargent
By Mikah Sargent
December 30, 2015
Disney's research division teamed up with the Swiss Federal Institute of Technology in Zurich to develop a wall-climbing robot.
SHOW TRANSCRIPT

Because it's always a good idea to have wall-climbing robots ...

... Disney decided it needed one of its own.

And, no, we're not talking about this robot.

It climbs walls with the help of two propellers on its back.

The propellers push the bot against the wall; its wheels do the navigating.

Or the suction tech used in the Otto robot from California Polytechnic State University.

So why does Disney need a wall-climbing bot? We're still trying to figure that out.