No Agreement Reached With South Korea On Payment For U.S. Troops 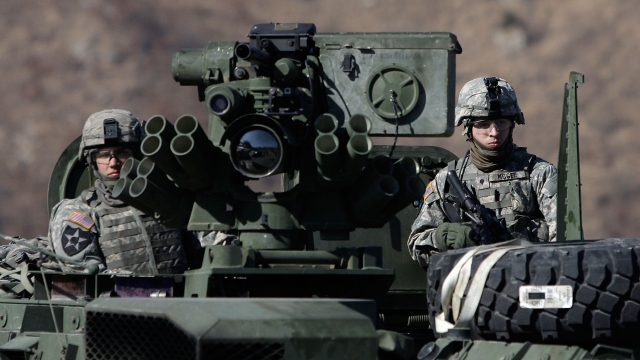 The U.S. has failed to negotiate a deal with South Korea over the cost of U.S. troops stationed in the country.

The two sides have been negotiating the cost-sharing agreement for months. The U.S. is reportedly seeking around $5 billion next year from South Korea — roughly 500% more than Seoul agreed to in 2019.

But U.S. Chief Negotiator James DeHart said Wednesday, "[$5 billion] is not a number that we are currently focused on in the negotiations."

In March, South Korea agreed to pay about $924 million for the U.S. troops stationed on its soil. That agreement expires at the end of the year.

There are about 28,000 U.S. troops in South Korea, and their prime mission is deterring aggression and stepping up to protect the U.S. ally, if necessary. The Pentagon denied reports last month that President Donald Trump was threatening to pull about 4,000 troops unless Seoul agreed to pitch in more money.

Negotiations on the cost sharing agreement are scheduled to pick back up in January.