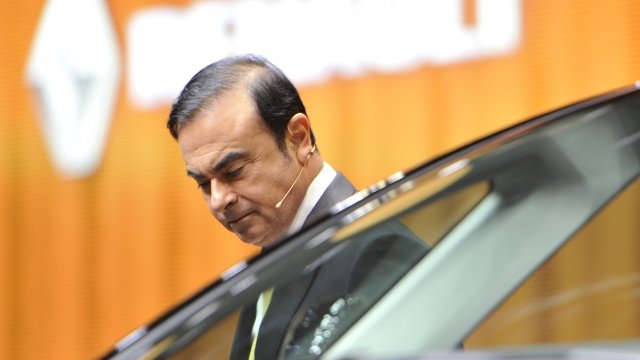 By Cristina Mutchler
November 22, 2018
The Japanese automaker said Thursday that Ghosn will no longer serve as its chair after an investigation into financial misconduct led to his arrest.
SHOW TRANSCRIPT

A major figure in the auto industry is out of at least one job.

Nissan has voted to remove its chairman, Carlos Ghosn, after he was arrested on suspicion of financial misconduct.

The Japanese automaker conducted an internal investigation that revealed Ghosn had been under-reporting his income by tens of millions of dollars and engaging in personal use of company assets.

Japanese prosecutors got involved, and Ghosn was arrested in Tokyo earlier this week.

Ghosn was Nissan's CEO before serving as chairman. He also holds top roles at French automaker Renault and Mitsubishi Motors. Both have signaled that they might also remove Ghosn from those posts.

To be clear, prosecutors haven't yet indicted Ghosn on any charges. But if he were convicted on a charge like filing a false financial statement, CNN reports that he could face up to 10 years in prison.

So far, Ghosn hasn't publicly commented on the allegations.