Nissan To Remove Its Chairman For Financial Misconduct 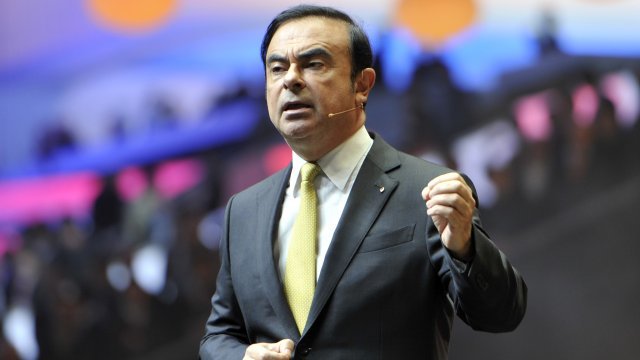 SMS
Nissan To Remove Its Chairman For Financial Misconduct

Nissan is getting ready to remove its chairman over financial misconduct violations.

The Japanese automaker said Monday that an internal investigation uncovered "numerous" acts of misconduct by Carlos Ghosn, including under-reporting his income and engaging in "personal use of company assets."

Multiple Japanese media outlets reported Monday that Ghosn was arrested in Tokyo. Nissan said it plans to continue cooperating with Japanese prosecutors who are investigating.

Prior to serving as chairman, Ghosn was Nissan's CEO from 2001 to April 2017. He's also the CEO of French automaker Renault and chairman of Mitsubishi Motors.

Nissan's current CEO plans to propose to its board that Ghosn be removed from his post. The car company also plans to oust another one of its executives that it says was deeply involved in the misconduct.