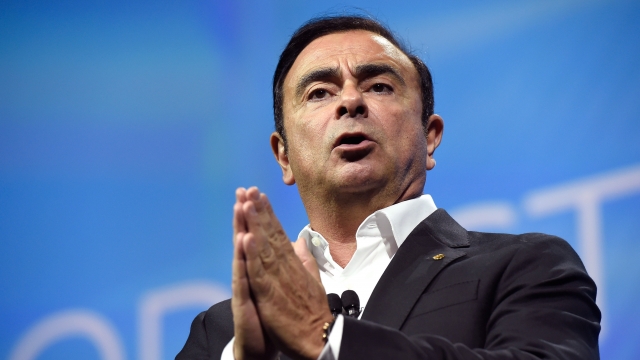 Nissan is suing its former chairman Carlos Ghosn for $90 million, and potentially more, over his "corrupt" actions.

The lawsuit was filed Wednesday in Yokohama court. It seeks to "recover a significant part of the monetary damages inflicted on the company by its former chairman as a result of years of his misconduct and fraudulent activity." The company said the $90 million was calculated based on "costs incurred by Nissan." It said Ghosn used corporate jets for personal use, used residential property without paying rent, and made payments to his sister and personal lawyer using company accounts. Ghosn is currently in Lebanon after posting bail and failing to appear in court in Japan. At a news conference earlier this month, Ghosn said he had to leave Japan because he wouldn't be given a fair trial.

Ghosn was one of the most powerful executives in the auto industry and helped create the Renault-Nissan-Mitsubishi Alliance. Renault and Mitsubishi cut ties with Ghosn over his alleged financial misconduct.

Ghosn was arrested in 2018. He has claimed he's the victim of a conspiracy and has denied any wrongdoing.

Nissan is expected to release its latest earnings report on Thursday. Analysts say it could report its first quarterly loss in more than a decade.