Nintendo's New Kid-Focused Project Is Made Out Of ... Cardboard? 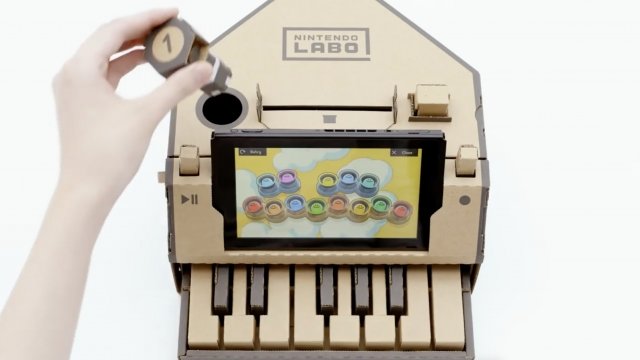 SMS
Nintendo's New Kid-Focused Project Is Made Out Of ... Cardboard?
By Casey Mendoza
By Casey Mendoza
January 17, 2018
Nintendo "Labo" kits will let kids build their own accessories for the Switch.
SHOW TRANSCRIPT

Nintendo is no stranger to innovation, and its newest project is very much outside the box.

The tech company announced on Wednesday "Nintendo Labo," a line of interactive accessories for the Switch made out of a material you wouldn't expect: cardboard.

As weird as that may sound, Nintendo's kid friendly accessories will allow players to build things like mini pianos, fishing poles or even interactive houses that connect directly to the Switch.

This project follows years of other peripherals for older devices — many of which were notably bulky and expensive. Though Nintendo Labo kits may be significantly lighter, in regards to price, it really isn't an exception.

Launching in April, the cardboard kits will cost between $70 and $80. The kits do come with the accompanying software, but the price might still be too high for some people — especially when you consider the fact that it's literally cardboard. 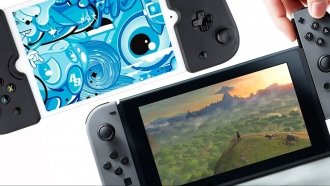 Is The Nintendo Switch A Knockoff Of Mobile Gaming Controllers?

Other tech companies like Google have played around with the material before — primarily because it's cheaper and more accessible than traditional materials. Google utilized it for VR headsets, and other third party companies quickly followed suit.

That doesn't necessarily mean cardboard should be used in everything, though. Back in 2013, a company called Cardboard Technologies attempted to crowdfund a cardboard bike. That project, unfortunately, closed without meeting its final goal of $2 million.