Nintendo's Satoru Iwata Probably Made A Game You Love 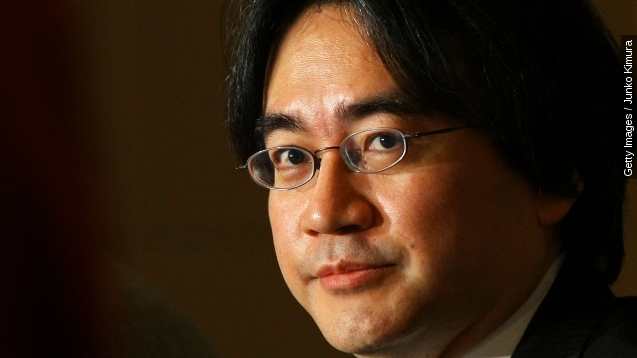 Satoru Iwata had a dedicated fan base, but his work in video games also touched millions of people who will probably never know his name.

Before joining Nintendo, he also worked on titles like "Pokemon Gold" and "Pokemon Silver" and developed compression tools that effectively doubled the size of the in-game world. (Video via YouTube / Tommy Ray)

Iwata was also involved in the creation of Creatures Inc., which was behind the Pokemania of the late 1990s. (Video via MSNBC)

After joining Nintendo in 2000, he became president in 2002, and oversaw the release of several iconic Gamecube games. "Wind Waker," anyone? (Video via YouTube / The Barbiter)

His first hardware launch was the Nintendo DS in 2004. It went on to become the best-selling handheld console ever.

When the Wii landed in 2006, it targeted more casual gamers.

"The thing we're thinking about most is not portable systems, consoles, and so-forth, but that we want to get new people playing games," Iwata said.

It has since sold more than 100 million units and seen medical applications. (Video via Madonna Rehab)

Instead, he cut his pay in half in 2014, even as 3DS sales rebounded, on the back of new installments from popular franchises, including "Fire Emblem," "The Legend of Zelda" and new Pokemon games.

At the time of Iwata's death, the company had published more than 350 games under his watch.

At the 2005 Game Developer's conference, Iwata said: "On my business card, I am a corporate president. In my mind I am a game developer, but in my heart I am a gamer."

This video includes images from the Game Developers Conference / CC BY 2.0 and Getty Images and music from 8-BITchin'tendo / CC BY 3.0.