Nintendo Might Bring The New Pokémon Game Over To The Switch 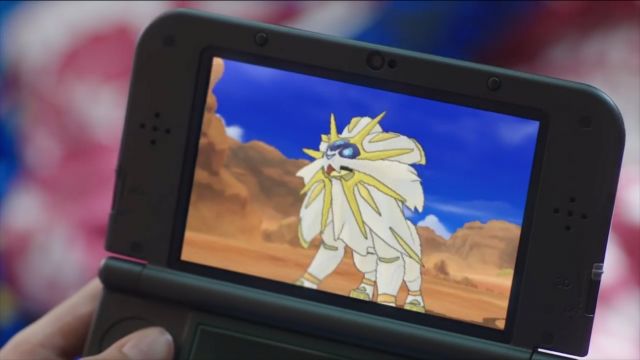 SMS
Nintendo Might Bring The New Pokémon Game Over To The Switch
By Matt Picht
By Matt Picht
November 18, 2016
A version of the latest Pokémon game could be coming to Nintendo's newest home console.
SHOW TRANSCRIPT

There's a new Hawaii-flavored Pokémon game out for Nintendo's mobile console right now. But if you're willing to wait quite a few months, you might be able to play it on your TV instead.

Eurogamer reports Nintendo's upcoming console, the Switch, will be getting a version of "Pokémon Sun and Moon" It's tentatively titled "Pokémon Stars," and it's slated to come out in late 2017.

If that's true, this will mark the first time a major Pokémon sequel has graced one of Nintendo's home consoles.

While offshoot games like "Pokken Tournament" have shown up on TV screens before, the series' big gotta-catch-'em-all games have been confined to hand-held consoles.

A big Pokémon game could add some heft to the Switch's lineup of games. The only big first-party Nintendo game confirmed for the console so far — "The Legend of Zelda: Breath of the Wild" — is also coming out on the company's last console, the Wii U.