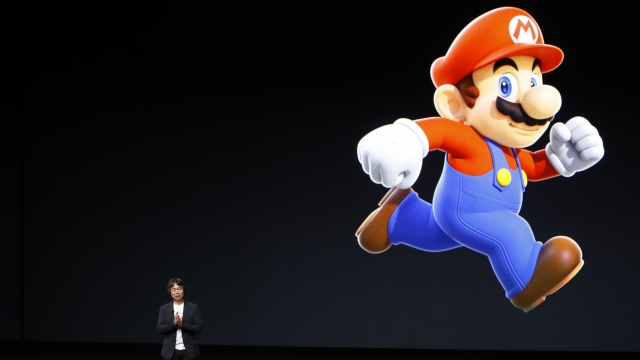 We've seen Mario in parties, karts, paper and 3-D. Now, everyone's favorite Italian plumber can run through the Mushroom Kingdom in the palm of your hand.

It works a little differently than a standard platformer. Since there's no joystick on your phone, Mario handles all the running himself. All you have to do is tap the screen to get him to jump.

So far, it seems pretty successful. Super Mario Run leapfrogged the competition to become the No. 1 free app for iPhones.

But if you want more than few levels, it'll cost you $10. That's expensive for an app, but it's still cheaper than any other new Mario game.

Early reviews say the game itself is really good — though it's not without issues. The game will only work if you have an active internet connection, so get ready for the plumber to drain your data.

For the time being, you can only get "Super Mario Run" on Apple devices. An Android version is slated for release in 2017.