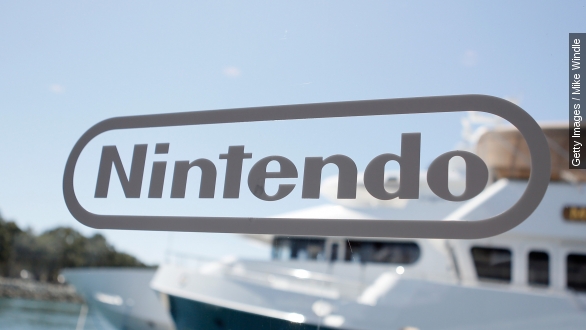 Nintendo posted a modest $204 million in profits for the quarter, thanks more to depreciation in the currency market than its own performance.

Nintendo posted its first operating profit since 2011 this week.

It appears Nintendo has currency exchange markets to thank for its quarter in the black, and it even says so in its earnings report. A depreciating Yen helped the gaming company post an operating profit of about $204 million.

One thing's clear: Nintendo's own products weren't doing much to help. Sales actually fell about four percent on the quarter.

Nintendo occupies a perennial third place behind Microsoft's Xbox and Sony's PlayStation consoles, and this quarter was no exception. Nintendo missed its projections for both its Wii U console and 3DS handheld sales. (Video via Nintendo)

Nintendo tends to return to a stable of franchises for games to run on its devices: think "Pokemon," "Mario Kart" and "The Legend of Zelda." (Video via Nintendo)

And "Super Smash Bros.," a game in which characters from its various properties beat each other up. It itself is a repeating franchise. (Video via Nintendo)

But Nintendo has its eyes on more than just a single year of improvement, and to get it, it's stepping out of its console-gaming wheelhouse and expanding its audience.

As Time reported in March, the company has partnered with mobile developer DeNA and granted the group full access to its intellectual property to make games for smartphones and tablets. Nintendo and DeNA say the first game from the partnership will arrive by the end of 2015. (Video via Nintendo)

And on Thursday, news broke Nintendo will start to leak into the real world. Nintendo and Universal Parks & Resorts announced certain properties and characters would get their own theme park attractions, though exactly what or who we can expect is still under wraps.