Nintendo Could Be Porting Game Boy Games To Smartphones 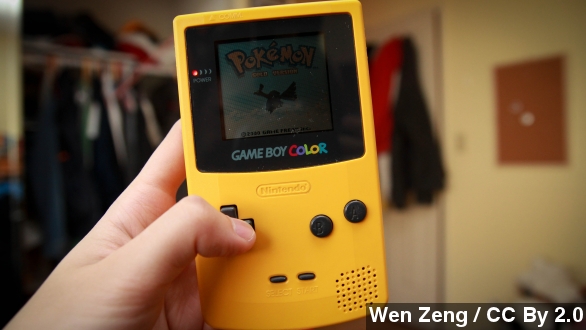 SMS
Nintendo Could Be Porting Game Boy Games To Smartphones
By Ben Lawson
By Ben Lawson
November 29, 2014
A recently filed patent shows that Nintendo might be trying to put it's back catalog of Game Boy games to use on other mobile devices.
SHOW TRANSCRIPT

A patent filed by Nintendo in June makes it look like Game Boy games might be finally coming to mobile platforms.

Yup, you might finally get to play Mario on your iPhone. The patent, disclosed and discovered by a NeoGAF user Thursday, is for an emulator — software that would mimic the original 1989 Game Boy, the Game Boy Color and Game Boy Advance.

The patent seems to be targeting mobile devices specifically but it also mentions PC and seat-back displays in airplanes.

Emulators that bring Nintendo games to mobile devices have been around for years but they can be kind of sketchy to run, and aren't exactly legal in the first place. In fact, Apple straight up blocks them for getting into the App Store but Android users can still find them in Google Play.

People have long been hoping for Nintendo to bring Mario and Pokemon over to smartphones and tablets, but in the past the company has held firm that it wasn't going to happen.

Just last May, Nintendo president Satoru Iwata told Bloomberg, "Our games such as Mario and Zelda are designed for our game machines so if we transfer them into smartphones as they are, customers won't be satisfied. ... If customers aren't satisfied with the experience, it will decrease the value of our content.​"

But maybe now Nintendo is looking for ways to offset its recent financial difficulties. Its newest console, the Wii U, has been getting trounced in sales by both the PS4 and Xbox One.

Sadly, there could be another, more boring reason for the patent. TechCrunch writes the filing could just be to protect Nintendo's own intellectual property and shut down illegal emulators, or just reserve the option for the company in the future.

Nintendo has not commented on the story but we are still holding out for the best. It'd be nice to have some decent games on mobile for once.