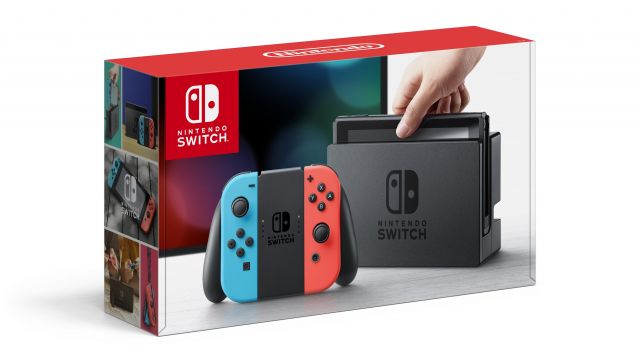 SMS
Nintendo's New Console: A Release Date, A Price And Game Trailers
By Matt Picht
By Matt Picht
January 13, 2017
The new console can be played on a TV or on the go.
SHOW TRANSCRIPT

It'll be weeks before it launches, but the Nintendo Switch just had its gala debut event. In between the magic tricks, squid scientists and spaghetti Westerns, Nintendo dropped some new details about its quirky new console.

The Nintendo Switch comes out March 3 and should cost about $300. It can be played on a TV or on the device's stand-alone touch screen. Its portable mode has between 2.5 and 6 hours of battery life, depending on how you use it.

Also coming out on March 3 is the massively anticipated "The Legend of Zelda: Breath of the Wild." Based on Nintendo's new trailer for the game, this supposedly RPG-esque entry in the franchise might be a tear-jerker. 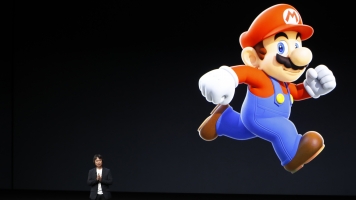 Nintendo's other big launch title is "1-2 Switch," which is about ... cowboys? Sailors? It's not clear, but apparently it's a collection of minigames that don't require watching the screen to play.

The Switch's post-launch lineup includes "Arms," a sort of cartoonish take on boxing; players can actually throw punches with the controllers. That's scheduled to debut this spring.

In the summer, Nintendo will drop "Splatoon 2," a sequel to the original squid-based multiplayer shooter on the previous console, the Wii U.

And finally, "Super Mario Odyssey" is slated for the end of the year. Despite the giant fruits, flying hat-ships and a dapper Bowser, somehow, the weirdest part of the trailer was watching Mario interact with real, properly proportioned humans.

OK, no. The eyes on Mario's hat are actually the weirdest part.

Games for the Switch are expected to retail for about $60 a pop, and the cartridges look like an SD card. For those who want to demo the console before it's out, Nintendo has a few preview events in certain cities.