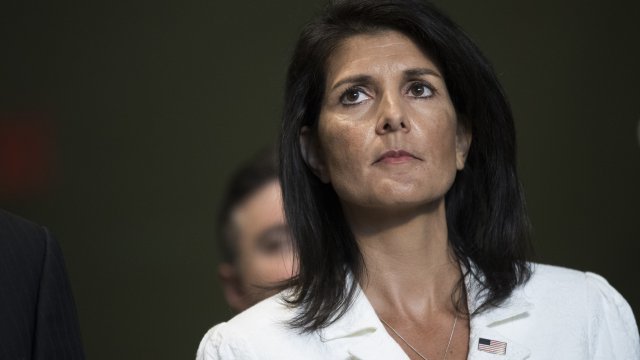 Haley said: "The inefficiency and overspending of the United Nations are well known. We will no longer let the generosity of the American people be taken advantage of or remain unchecked."

But the move might also be President Trump following through on threats he made last week. Trump warned he would cut funding to countries that didn't support his decision to recognize Jerusalem as Israel's capital.

In a mostly symbolic vote, the U.N. General Assembly overwhelmingly condemned Trump's decision to relocate the U.S. Embassy from Tel Aviv to Jerusalem.

About 22 percent of the U.N.'s budget comes from the U.S.