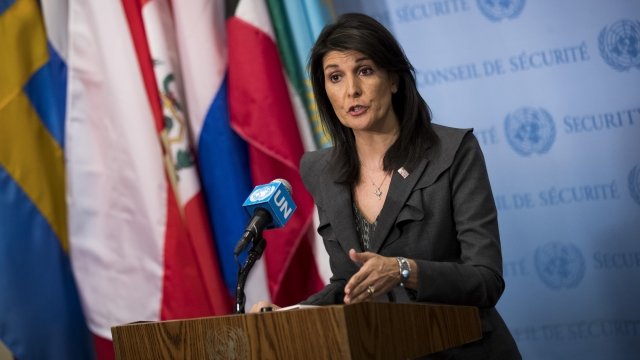 The U.S. Ambassador to the United Nations said Monday the U.N. cease-fire in Syria's eastern Ghouta has failed, but the U.S. has drafted a new one.

U.S. Ambassador to the United Nations Nikki Haley told the U.N. Security Council something needs to be done to improve the situation in Syria's eastern Ghouta.

"The cease-fire has failed. The situation of the civilians in eastern Ghouta is dire, and the United States is acting," Haley said Monday.

Parts of the area have been held by anti-regime rebels for years, and Syria's government has been trying to force them to surrender with airstrikes.

The U.N. called for cease-fires so humanitarian aid could get to civilians in the area, but the bombings haven't stopped. Doctors Without Borders said more than 1,000 people have been killed in just two weeks.

Now, Haley said the U.S. will do something about the airstrikes if the U.N. can't.

"We have drafted a new cease-fire resolution that provides no room for evasion. It is simple, straightforward and binding," Haley said.