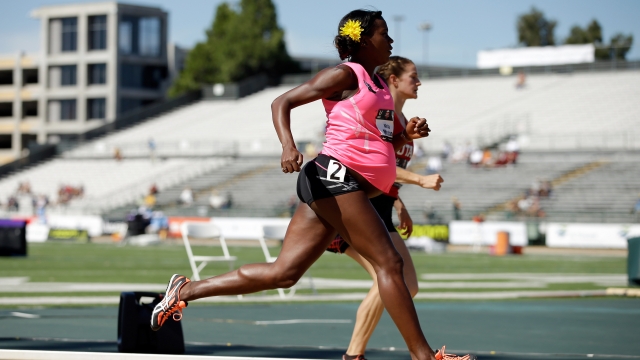 SMS
Nike's Future Contracts Will Protect Athletes' Pay During Pregnancy
By LeeAnne Lowry
By LeeAnne Lowry
May 19, 2019
Nike said Friday that it "support[s] women as they decide how to be both great mothers and great athletes."
SHOW TRANSCRIPT

Nike is changing the way it writes its contracts to protect athletes' pay during pregnancy.

The announcement came less than a week after The New York Times published an op-ed by former Nike athlete Alysia Montaño criticizing the company's maternity policy.

Prior to the new standards, athletes were penalized if they didn't meet performance standards, even if they were pregnant or had just given birth.

In her video op-ed, Montaño remarked, "The sports industry allows for men to have a full career, and when a woman decides to have a baby, it pushes women out at their prime."

Nike said Friday it wanted to make it clear the company "support[s] women as they decide how to be both great mothers and great athletes." The company noted that while it updated its pregnancy policy last year, pay protections will be reflected in athletes' contracts moving forward.

That doesn't include existing contracts. But a Nike spokesman said those athletes would still be protected.