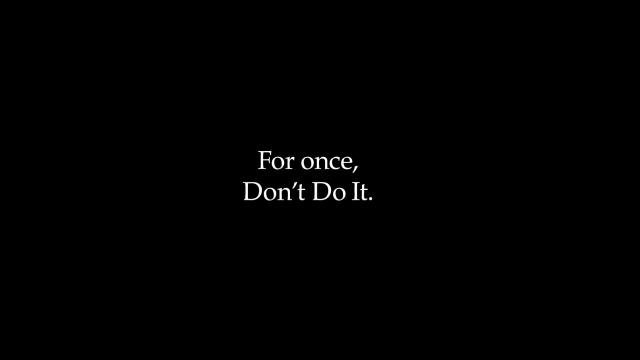 In the wake of nationwide protests kindled by the death of George Floyd, Nike is encouraging people to speak up about racism and not remain silent.

Nike posted an all-text ad Friday, days after the death of Floyd, a Black man who was killed in police custody. The ad puts a spin on the brand's famous slogan by encouraging people to "For Once, Don't Do It."

Nike has come under fire in the past for supporting anti-racism causes, like when the company endorsed Colin Kaepernick. The former NFL star famously knelt on the sidelines of games during the national anthem to protest police brutality.

In recent days, Kaepernick has started a legal defense fund for arrested protesters in Minneapolis.

NBA player Lebron James, who has also used his platform to speak out against injustice, tweeted "Why doesn't America love us? Too." Fellow sneaker brand Adidas responded to Nike's ad in solidarity of the message saying, "Together is how we move forward. Together is how we make change."