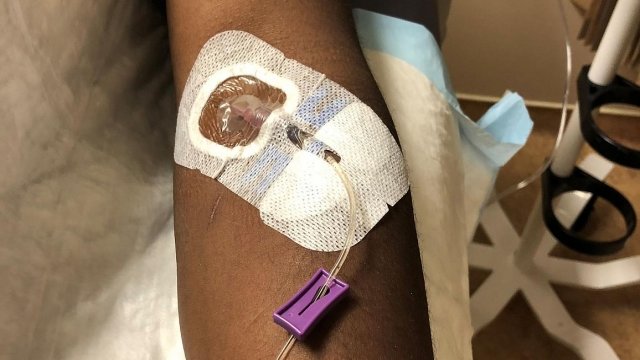 The National Institutes of Health is testing an experimental Ebola treatment in humans for the first time.

The volunteers in the Phase 1 clinical trial won't be infected with the virus. Instead, experts will look at how healthy people tolerate the treatment.

The Ebola virus is a contagious, and often fatal, disease that was first discovered in humans in 1976. Outbreaks of the virus have popped up occasionally since then, most of them in Africa.

Currently, the Democratic Republic of Congo is dealing with an outbreak. As of May 21, the World Health Organization has identified 58 cases, though not all the cases have been confirmed. Twenty-seven people have died.

The WHO is administering an investigational Ebola vaccine in Congo, but there are no licensed treatments for the virus.

The experimental treatment being tested was developed from antibodies from an Ebola survivor. The NIH clinical trial participants will get one treatment and then be monitored for six months to check for any health changes.