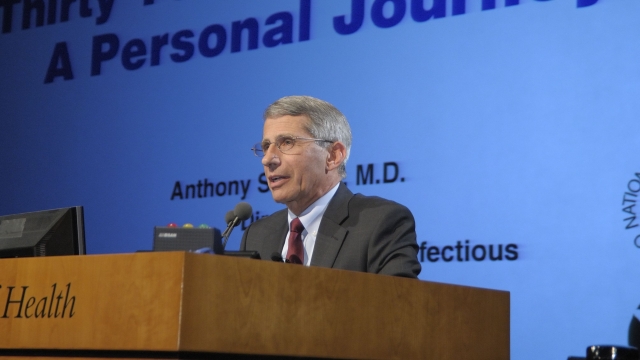 SMS
NIAID Director Says U.S. Coronavirus Testing System 'Is A Failing'
By Ahmed Jawadi
By Ahmed Jawadi
March 12, 2020
The head of the National Institute of Allergy and Infectious Diseases said the testing system in the U.S. "is not geared to what we need right now."
SHOW TRANSCRIPT

During a congressional hearing on Thursday, the director of the National Institute of Allergy and Infectious Diseases said the U.S. is "failing" in its coronavirus testing efforts.

"The system is not really geared to what we need right now, what you are asking for. That is a failing," NIAID Director Dr. Anthony Fauci said. "The idea of anybody getting it easily, the way people in other countries are doing it, we're not set up for that. Do I think we should be? Yes, but we're not."

According to the CDC, at least 11,000 specimens had been tested for the coronavirus in the U.S. as of Tuesday. South Korea, meanwhile, is reportedly testing nearly 20,000 people per day.

On Wednesday, President Donald Trump suspended nearly all travel from Europe to the U.S. for 30 days in an effort to combat the coronavirus outbreak. Fauci backed the president's move, saying the most recent U.S. infections were predominantly contracted from "travel-related case[s] from that region."