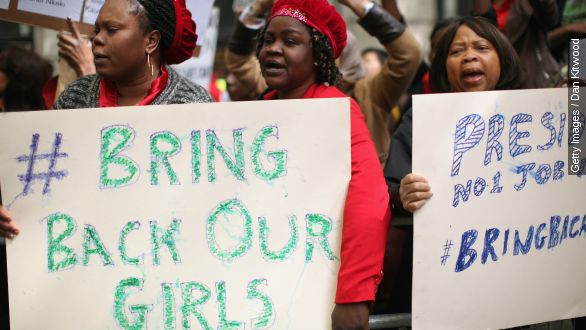 "The wave of outrage is growing with social media spreading the word," said an ABC News anchor. (Video via ABC)

"My husband and I are outraged," Michelle Obama said.

"Help find these children to return them to their parents," U.K. Prime Minister David Cameron said.

The Chibok girls have now spent 365 days in captivity. (Video via YouTube / NigeriaFunk)

Boko Haram has vowed to target schools "until our last breath."