Nielsen Ratings Could Be Bad News For Netflix 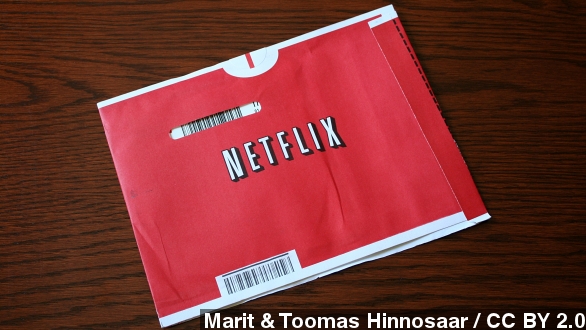 According to The Wall Street Journal, Nielsen will begin tracking viewership of streaming video services — and we're guessing the services aren't too happy about it.

Right now, shows like Netflix's "Orange is the New Black" are viewed as hits because of hype; critical reviews, awards, social media buzz — but we've never concretely known how successful they are because Netflix has kept its viewing data secret.

Right now, streaming services like Netflix have the upper hand in their contract negotiations because they are the only ones who know how well shows do when they are streaming.

When the data is made public, studios who are considering licensing their shows out will be able to come to negotiations with a much better idea of how much to charge.

Nielsen expanded its tracking platform last year to cover DVRs and videos streamed from the web.

Nielsen will gather this new data using its meters designed to analyze audio components and find out which shows are being streamed and how often.

However, the meters' data won't be complete — Nielsen still can't get data from mobile devices, so any viewing done on tablets and phones will not be factored in. And that's likely significant.

Also notable — Netflix was able to bring in big names like Kevin Spacey and Robin Wright for "House of Cards."

But TIME points out publicly known ratings could either help or hinder streaming-only shows from signing on star talent. If it turns out streaming shows do not do as well as television shows, the services might not get as many big names next time around.

These ratings could first appear as soon as December.

We could also see another blow to Netflix's stock, which dropped more than 25 percent in October after the company didn't meet subscriber projections.