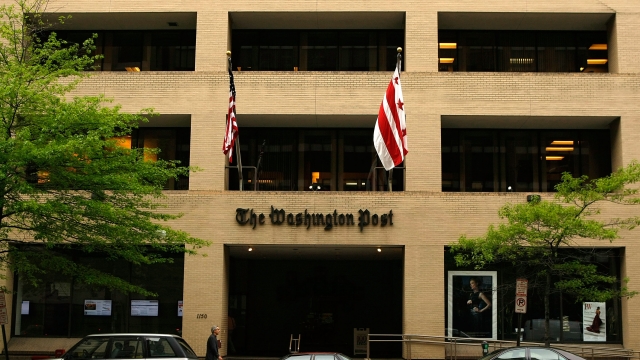 The Kentucky teenager whose interaction with a Native American man at the National Mall went viral earlier this year is taking legal action against The Washington Post.

On Tuesday, attorneys for 16-year-old Nicholas Sandmann said they'd filed what they called "their first lawsuit" on behalf of the Covington Catholic High School student.

Sandmann is seeking $250 million in damages from the Post. The lawsuit points out that's the exact amount Jeff Bezos paid in cash for the paper in 2013.

Sandmann was at the March for Life rally in Washington, D.C. in January. He was filmed wearing a "Make America Great Again" hat and smiling as Nathan Phillips, a Native American elder, sang and beat a drum. Initial reporting from multiple outlets suggested that Sandmann and his classmates instigated the conflict. But additional footage later emerged that appeared to dispute that.

The defamation lawsuit claims that in the Post's coverage of the Jan. 18 encounter, it "rushed to lead the mainstream media to assassinate Nicholas' character and bully him."

The lawsuit also alleges the Post "ignored basic journalistic standards because it wanted to advance its well-known and easily documented, biased agenda against" the president. On Wednesday, President Trump applauded the suit, tweeting, "Go get them Nick!"

A spokeswoman for the Post says it plans "to mount a vigorous defense."