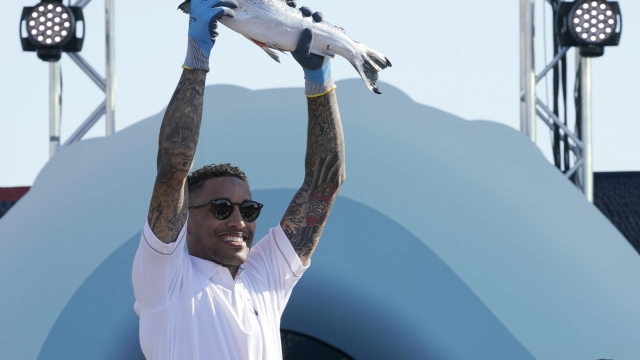 Fitzhugh and Brown will appear on ROOT Sports Northwest. Fitzhugh is Seattle's radio play-by-play announcer but will be moving over to the television side for one night while regular TV announcer John Forslund works the national broadcasts for Vegas and Colorado on TNT.

Seattle senior vice president of marketing and communications Katie Townsend said the team had planned for Forslund to miss a small number of games for national broadcast duties during the season and have Fitzhugh step in. She said having Fitzhugh and Brown team up during Black History Month adds even more significance.

"We are fortunate to have an incredibly talented broadcast team. Everett and JT moved into NHL broadcasting this season, worked hard and have made an immediate connection with our fans," Townsend said.

Fitzhugh was Seattle's first broadcast hire in the summer of 2020 after working in the ECHL.

Brown retired after playing parts of seven seasons with Tampa Bay, Anaheim and Minnesota. He last played during the 2018-19 season.