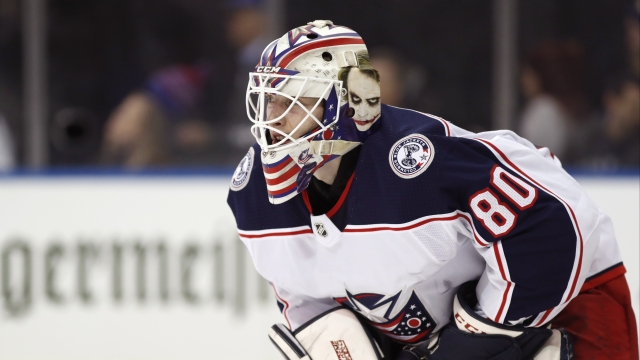 A National Hockey League player was killed in a fireworks accident over the weekend.

Matiss Kivlenieks was the goaltender for the Columbus Blue Jackets. Officials say he suffered chest trauma after being hit by a firework on Sunday night.

The 24-year-old was in a hot tub and tried to get out of the way but couldn't. He later died.