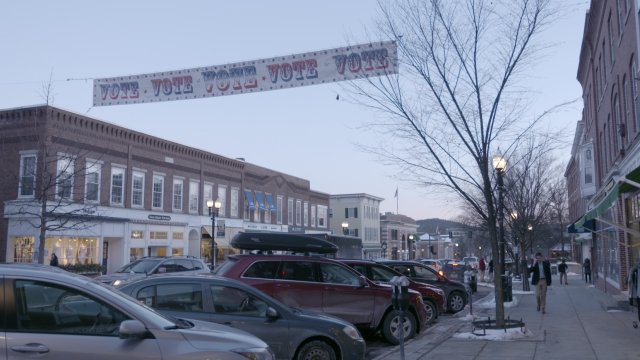 "We’re part of this community. We do want to help decide what happens and what laws are passed," said Iliana Godoy, a student at Dartmouth originally from Hawaii.

College students in New Hampshire are speaking out against a controversial new law that will make it more difficult for many of them to vote in the state.

The measure, set to go into effect this July, will require those with out-of-state licenses to obtain a New Hampshire license. Car owners must also go through the pricey step of registering their vehicle in the state.

Republicans that support it say it's a way to prevent voter fraud. But Democrats argue it's just another form of voter suppression.

The most recent lawsuit was filed by the state’s Democratic Party. That came just a few weeks after the ACLU filed one, claiming the new law will create an unconstitutional poll tax.

"In New Hampshire, that can be very expensive, kind of notoriously so," said Henry Klementowicz, an ACLU attorney who's working on the lawsuit. "Hundreds of dollars a year to register your car, fifty dollars to get your license."

The ACLU claims that legislators pushing for the bill, know as HB 1264, did so exclusively to stop young people — a largely Democratic voting bloc — from getting to the polls.

"We know from the legislative record and what people said when 1264 was being discussed and enacted that in this case it was done to make it more expensive for young people and for college students to vote," Klementowicz said.

The Twenty-Sixth Amendment, which protects the right to vote for eligible Americans ages 18 and older, typically requires that voters vote in their "domicile," or permanent residence. That's led to debate over if a college dorm or off-campus housing counts as that.

Each state is allowed to enact its own laws regarding residency requirements. At least 22 states require that voters live in-state for a certain period of time before they’re allowed to cast a ballot.

At Dartmouth, a lot of out-of-state students say they consider the Granite State home.

"It’s just a lot easier because we do live here. We are here most of the time," said Lessley Hernandez, a Dartmouth student who grew up in Texas.

This isn’t the first time state lawmakers in New Hampshire have been accused of targeting college students. A similar bill was passed in 2012 that was ultimately struck down by the state Supreme Court three years later, making critics hopeful that the lawsuits against the bill could prevent it from encouraging other states to follow suit.

“I think this bill is pretty textbook discriminatory and I hope it gets overturned it court, which I think it will," said Sophie Debs, a Dartmouth student from California.