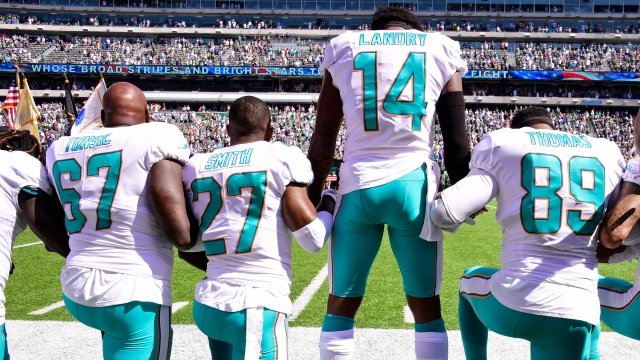 The NFL Players Association has filed a grievance over the league's new national anthem policy.

In a statement Tuesday, the NFLPA said the NFL imposed the new rules without consulting the association first. And the organization claims the policy "is inconsistent with the collective bargaining agreement and infringes on player rights."

NFL Commissioner Roger Goodell announced the new policy back in May.

It requires all players and league personnel on the field to stand during the national anthem or face a fine. Personnel who don't wish to comply have the option to stay in the locker room until after the anthem is over.