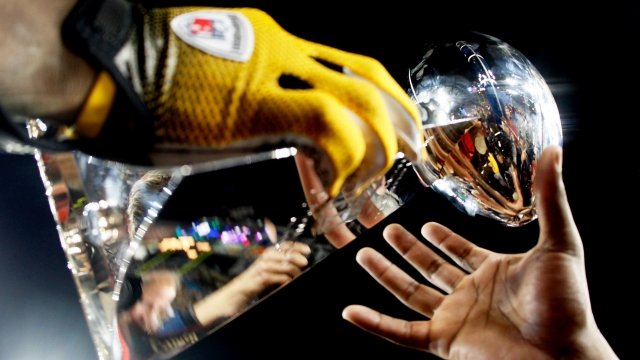 SMS
Your Ticket To The Super Bowl Might Cost $0
By Ryan Biek
By Ryan Biek
October 20, 2017
The NFL is handing out free tickets to its championship game. The average Super Bowl ticket generally sells on the secondary market for thousands.
SHOW TRANSCRIPT

Do you dream of going to the Super Bowl but don't have a couple thousand dollars lying around? The NFL might have you covered.

The league said Thursday it will give away 500 free tickets to its championship game to reward loyal fans.

League Commissioner Roger Goodell said: "We know that tickets are out of reach for most people. ... We want to thank our fans for their love and support of our teams and the game."

So how loving and supportive are we talking? Well, the NFL put it this way — its teams are handing out more than half of those tickets because "no one is in a greater position to know fans personally."

The league says its clubs will surprise fans at stadiums, tailgates and even their homes.

Alternatively, the NFL itself plans to hand out 180 tickets at its own events, youth clinics and on social media. 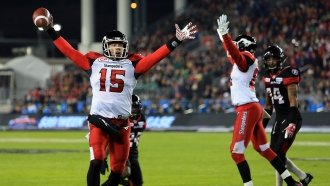 Pro Football Is Just A Bit Quirkier In Canada

We're guessing competition will be tight. Five hundred tickets amounts to less than 1 percent of the available seats at U.S. Bank Stadium in Minneapolis — the venue for this year's Super Bowl.

If you're trying to score from the league, being a Minnesotan might help. The NFL said it's partnering with the Super Bowl Host Committee to "ensure local fans are identified."

The bad news is if you don't get in free, ticket packages for the public start around $6,000. The average price for a Super Bowl ticket on the secondary market has generally been around $3,000.