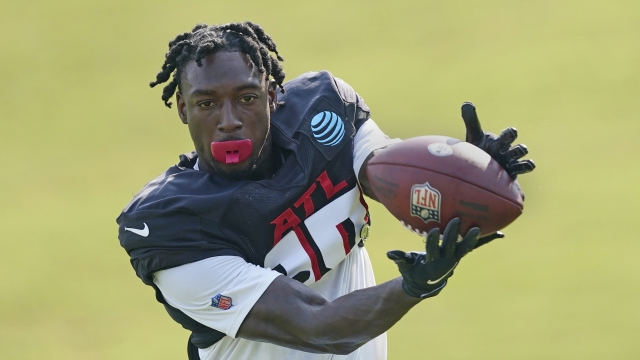 Atlanta Falcons wide receiver Calvin Ridley has been suspended by the NFL for at least the next season for endangering the integrity of the sport by betting on games.

Ridley won’t play in 2022 and there is no guarantee for the NFL future of the player who had been expected to be the Falcons’ top target for quarterback Matt Ryan.

NFL Commissioner Roger Goodell suspended Ridley on Monday after a league investigation determined Ridley bet on NFL games in 2021 while away from the team addressing mental health concerns. The league says the suspension will carry “through at least the conclusion of the 2022 season.” 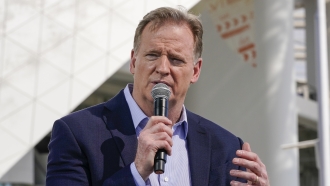 The NFL says the betting took place during a five-day period in late November 2021. Ridley was placed on the non-football illness list following Week 8 last season, which ended Nov. 1.

Ridley wrote on his Twitter account on Monday “I bet 1500 total I don't have a gambling problem.” He also seemed to take a light-hearted approach to his suspension when he added in another post “I know I was wrong But I'm getting 1 year lol.” He also said “Just gone be more healthy when I come back.”

A league investigation uncovered no evidence inside information was used or that any game was compromised by Ridley’s betting, Goodell's announcement said. Nor was there evidence suggesting Falcons coaches, players or staff were aware of Ridley’s betting activity.

In a letter from Goodell to Ridley, the commissioner said:

“There is nothing more fundamental to the NFL’s success — and to the reputation of everyone associated with our league — than upholding the integrity of the game. This is the responsibility of every player, coach, owner, game official, and anyone else employed in the league. Your actions put the integrity of the game at risk, threatened to damage public confidence in professional football, and potentially undermined the reputations of your fellow players throughout the NFL.

"This is the responsibility of every player, coach, owner, game official, and anyone else employed in the league. Your actions put the integrity of the game at risk, threatened to damage public confidence in professional football, and potentially undermined the reputations of your fellow players throughout the NFL.

“For decades, gambling on NFL games has been considered among the most significant violations of league policy warranting the most substantial sanction. In your case, I acknowledge and commend you for your promptly reporting for an interview, and for admitting your actions.”

Even before the suspension, Ridley's future with the Falcons was in doubt. He sat out the final two months of the season after he was a last-minute scratch before the team’s 19-13 loss to Carolina on Oct. 31.

On that day, Ridley explained his absence when he wrote on his Twitter account “I need to step away from football at this time and focus on my mental well being.”

Ridley may petition for reinstatement after Feb. 23, 2023.