NFL Surprises Fans With Its Six-Game Suspension Of Ezekiel Elliott 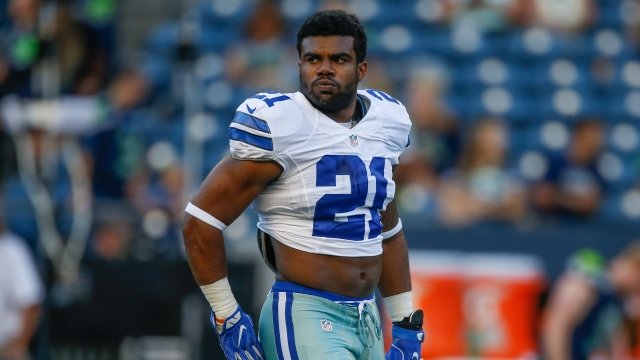 After a yearlong investigation, the NFL decided to suspend Dallas Cowboys star running back Ezekiel Elliott for six games.

The NFL said there was "credible evidence" Elliott "used physical force" against a woman named Tiffany Thompson three separate times in the span of a week in July 2016.

The NFL statement said league investigators talked with Thompson, over a dozen witnesses and medical experts, as well as viewed photographs and text messages relating to the case. Medical experts reportedly said the woman's injuries were consistent with her story.

The NFL has said it needs to take domestic violence more seriously, but many pointed out that Elliott's punishment doesn't seem to match up with those of NFL players who were arrested for abusing women.

Former New York Giants kicker Josh Brown was suspended for one game after he was arrested and his then-wife said he got violent with her more than 20 times.

Former Baltimore Ravens running back Ray Rice was suspended for two games after he was seen on video knocking his then-fiancee unconscious in an elevator. 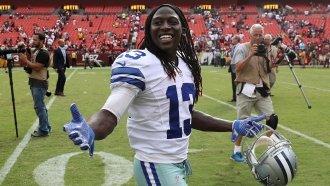 In both of those cases, the NFL was roundly criticized for not being tough enough on the players. But some believe it's unfair to suspend Elliott over something he was never legally charged with.

The prosecutor in Elliott's case said he believed Thompson's account, but Elliott wasn't charged over "conflicting and inconsistent information" in the investigation. A friend of Thompson told police she was asked to lie about what occurred, providing text messages that seemed to back up the story.

The NFL also referenced an incident where Elliott was filmed pulling down a woman's shirt at a St. Patrick's Day parade, though no complaint was filed.

Elliott has made headlines for a few other incidents. He was spotted at a marijuana dispensary, cited for driving over 100 mph and was apparently involved in an altercation at a Dallas bar that left a man with a broken nose.

The suspension could cost Elliott millions of dollars in salary, bonuses and forfeited signing bonus money. He had a standout rookie season, leading the NFL in rushing yards and being named to the Pro Bowl.

Elliott has maintained his innocence. His lawyers say he will appeal the suspension.