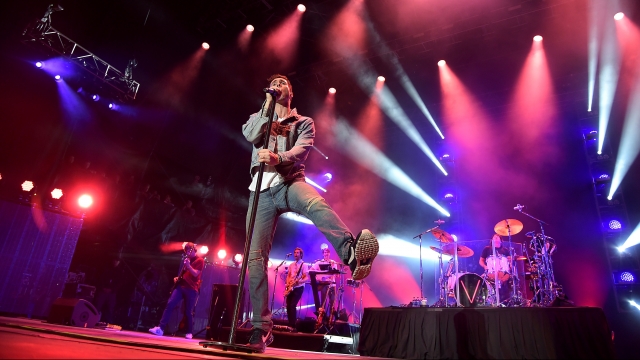 With less than one month to go until Super Bowl LIII, the NFL finally confirmed that Maroon 5 will be headlining this year's halftime show. The band will be joined by rappers Travis Scott and Big Boi.

With nine No. 1 singles under their belt, it'll be Maroon 5's first performance at the Super Bowl.

But the band's decision to perform — which was first rumored back in September — hasn't been without controversy. With the big game being held in Atlanta — the widely seen capital of southern hip-hop — some critics felt the NFL should have instead chosen a homegrown artist. As one half of the Atlanta-based duo Outkast, Big Boi now fills that gap.

And others thought Maroon 5 should back out of the high-profile gig in order to support former NFL player Colin Kaepernick, who began kneeling during the national anthem back in 2016 to protest racial injustice. He's currently locked in a collusion case he filed against the NFL.

Kaepernick's ongoing fight with the NFL is reportedly the reason other artists, like Rihanna turned down the offer to perform during this year's Super Bowl halftime.

Scott confirmed Sunday he only agreed to sign on as a halftime performer after the NFL agreed to make a joint donation to a cause for social justice.