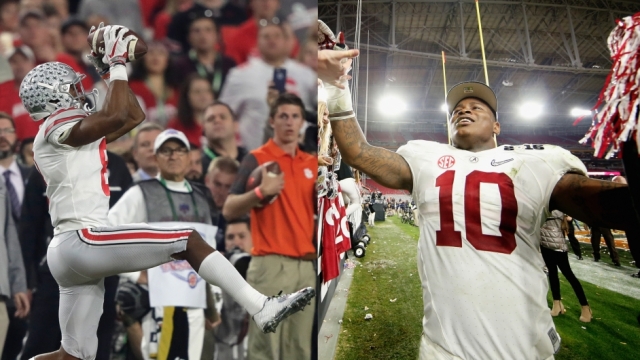 SMS
How Character Issues Affected This Year's NFL Draft Hopefuls
By Grant Suneson
By Grant Suneson
April 28, 2017
NFL teams were skittish about taking some draft prospects with character issues, but those players still went early in the draft.
SHOW TRANSCRIPT

The NFL draft isn't just about nabbing the fastest and strongest players; football teams also have to consider a player's character. And this year's draft had some interesting test cases showing which off-the-field problems teams will and won't tolerate.

Ohio State cornerback Gareon Conley was considered to be one of the top players. But just days before, he was accused of rape.

It's important to note that Conley has vehemently denied any wrongdoing and says he has witnesses who confirm his innocence.

Police haven't decided whether they'll file charges, and no warrant has been issued. The accuser had a rape kit administered, and Conley agreed to provide a DNA sample.

Conley was drafted 24th overall by the Oakland Raiders. But before the accusation, he was expected to go about 10 spots higher. 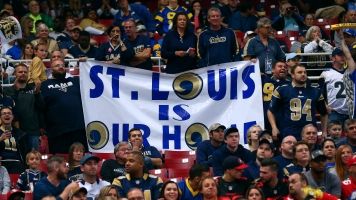 St. Louis Sues The Rams And The NFL Over The Team's Exit From The City

Compare that to Alabama linebacker Reuben Foster, who was kicked out of a pre-draft health screening for arguing with an employee. He later failed a drug test for having a diluted sample.

Foster went from a potential top-10 pick to 31st. His off-the-field issues could have cost him more than $10 million.

The draft's second round seemed to show that proof of character issues is more concerning than allegations, no matter how severe they are.

Scouts said Oklahoma running back Joe Mixon had the talent to be one of the first players taken. While in college, he was seen on tape punching a woman in the face, causing four fractures.

Despite his talent, he was passed over in the first round. But the Cincinnati Bengals picked him up midway through the second round.