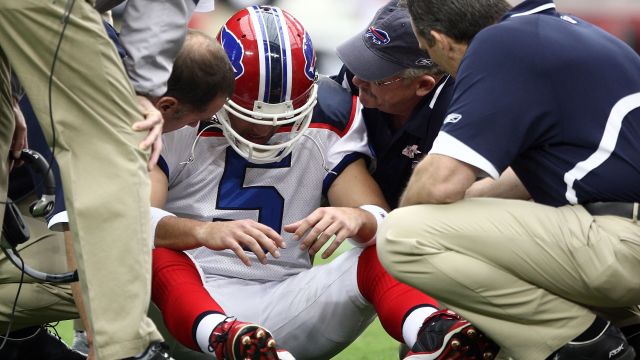 The NFL's concussion controversy has been on full tilt for years now, and as the 2016 season approaches, more damning allegations are being leveled against America's most popular sport.

If that's the case, then all the studies conducted by the NFL to help draw conclusions about the prevalence and severity of concussions in the league were missing more than 10 percent of the dataset.

We've heard these accusations before. An ESPN report in 2009 alleged the committee's chairman, Dr. Elliot Pellman, discarded hundreds of baseline concussion tests from his studies.

The NFL's concussion committee used this research to support the argument that brain injuries didn't cause long-term harm to its players, a claim that's been disputed ever since.

As for the missing data, the NFL told the Times "clubs were not required to submit their data and not every club did." The statement also claims the alleged omissions were not an attempt "to alter or suppress the rate of concussions."

As it stands, thousands of NFL retirees are asking a judge to throw out the NFL's proposed billion-dollar plan to settle concussion claims with former players, saying that plan doesn't do anything for future players who may suffer from CTE.

This video includes clips from PBS, ABC and Sony Pictures and images from Getty Images.