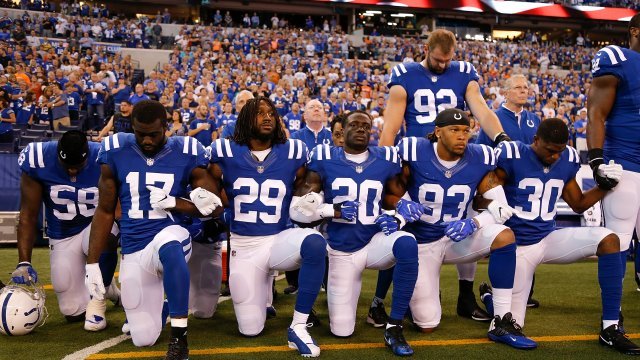 No official agreements were reached.

In a joint statement, the NFL and the NFL Players Association said they were working together "to promote positive social change and address inequality in our communities." The statement said they're trying to "find common ground." 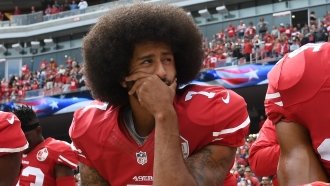 Colin Kaepernick Files Grievance Against The NFL For Alleged Collusion

The NFL has already said it wouldn't force players to stand during the anthem.

But NFL Commissioner Roger Goodell says he thinks players should stand during the anthem. He wants the league to "move past" the controversy.

Absent an NFL rule change, it seems unlikely the controversy will entirely go away without a joint agreement from the players. As recently as Sunday, some were still taking a knee.