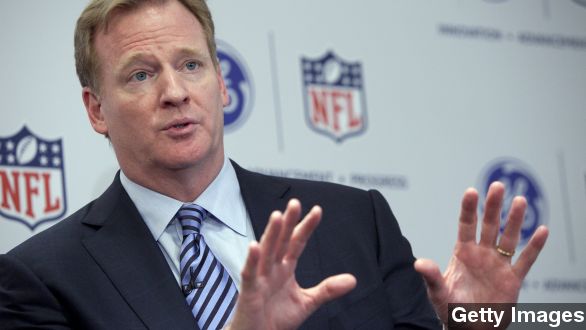 Amid harsh criticism that the NFL's penalty for domestic and sexual abuse cases was too little, the league is changing its rules to make the punishment more severe.

In a memo reportedly sent to all 32 NFL team owners, commissioner Roger Goodell announced new rules for players charged in domestic and sexual abuse incidents. The first instance results in a six-game suspension. The next — a lifetime ban.

Goodell admitted he made a mistake when levying a mere two-game suspension on Ravens RB Ray Rice earlier this month for an alleged domestic abuse case.

A penalty that seemed too soft by the media's standards compared to the year-long suspension Cleveland Browns receiver Josh Gordon now faces for violated the league's substance abuse policy.

In part of the memo obtained by USA Today, Goodell cites the Rice sentencing, writing "​My disciplinary decision led the public to question our sincerity, our commitment, and whether we understood the toll that domestic violence inflicts on so many families. ... I didn't get it right. Simply put, we have to do better. And we will."

There are still unanswered questions regarding the league's new tougher measures, though. ESPN NFL analyst Mark Dominik wonders if the rules will apply to players who had charges dropped against them — Ray Rice being a prime example.

In addition to the harsher punishment, the NFL says it plans to get more proactive in preventative measures.

The letter says all NFL personnel will take part in better educational programs regarding "domestic abuse and sexual assault." The league will also step up its outreach to community programs and offer preventive counseling to personnel.

The new tougher restrictions on domestic abuse applies to the entire NFL, including players, coaches and other personnel and is reportedly effective immediately.