NFL Boss Roger Goodell Has A New Contract, With A Catch 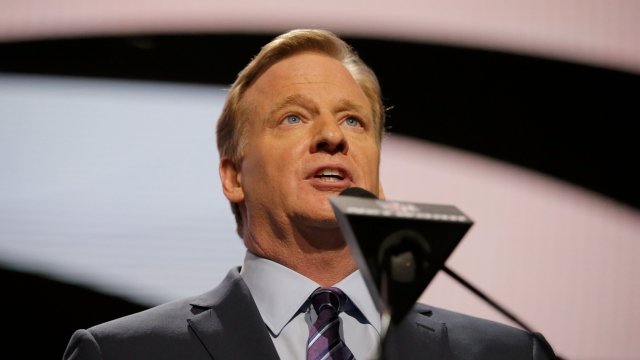 SMS
NFL Boss Roger Goodell Has A New Contract, With A Catch
By Carter Woodiel
By Carter Woodiel
December 7, 2017
Goodell should make about the same amount of money he does now — if everything goes according to plan.
SHOW TRANSCRIPT

Goodell is expected to make about the same amount of money he does now, but there's a big difference in this new contract. Nearly all of the money from this one comes through incentives. If the league hits certain financial benchmarks, Goodell gets paid.

The contract comes despite the resistance of Dallas Cowboys owner Jerry Jones. One of the most powerful owners in the league, he threatened to sue the owners who got to decide the terms of Goodell's deal, saying all the owners should have a say.

But Jones relented a few weeks ago, and if all goes well, Goodell will make $200 million over the five-year deal.