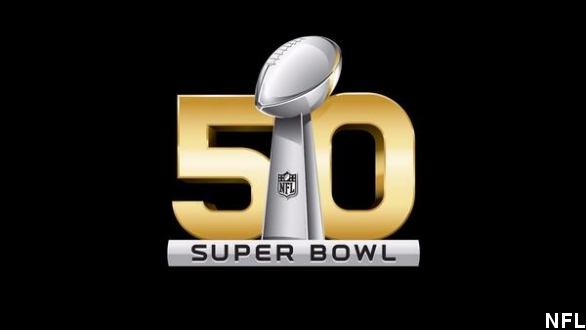 By Christian Bryant
June 4, 2014
NFL officials decided to go with the more recognizable "50" for the 2016 Super Bowl because the "L" just wasn't pleasing to the eye.
SHOW TRANSCRIPT

Roman numerals are tough to read — like cursive. I mean, they start off easy, like this one in the middle. Four, right? (Via Flickr / Greg McMullin)

But the higher you go, you start to get this. Pretty confusing stuff. And then theres this one. Wait, that's just an "L," right? Nope, that's 50. (Via Flickr / Elena Veguillas, Tim Regan)

The NFL announced Wednesday they're going for something a bit more recognizable for what would've been Super Bowl "L," or 50.

ESPN's Darren Rovell broke the news on Twitter, showing off the new logo which will use golden Arabic numerals divided by the coveted Lombardi Trophy.

Rovell spoke to the NFL VP of Brand and Creative Jaime Weston who said "When we developed the Super Bowl XL logo, that was the first time we looked at the letter L. Up until that point, we had only worked with X's, V's and I's." Weston's team had reportedly been working on the Super Bowl 50 logo since April 2013 and the "L" just didn't look good. (Via ESPN)

Weston said they went through 73 different versions of the logo until ultimately deciding on the 5-0.

Super Bowl 50 will be the first deviation from Roman numerals since Super Bowl V in 1971, the first one played after the AFL-NFL merger. According to The Kansas City Star, late sports promoter and Kansas City Chiefs owner/founder Lamar Hunt borrowed the Roman numeral idea from the Olympics.

So, the NFL doesn't want to take an "L" for Super Bowl 50 and one writer for USA Today says the change is a good thing.

Chris Chase writes, "They’re antiquated, awkward and unwieldy. Foregoing the “L” was an easy call. Why go back though? Make a clean break there. Things might look good for the next eight years, but then we hit Super Bowl LIX, which is ridiculous." Don't hold back, man.

But of course there's going to be some push back. I mean, what about tradition? A Los Angeles Times writer calls out the No Fun League saying they're committing "sacrilege." "Not pleasing to the eye? It’s an L, not a garbage dump. And since when does the NFL, land of the 350-pound linemen, care about looks?"

But there's no need to get too worked up. Rovell also reports the NFL will go back to "LI" the following year for the 51st Super Bowl in Houston.