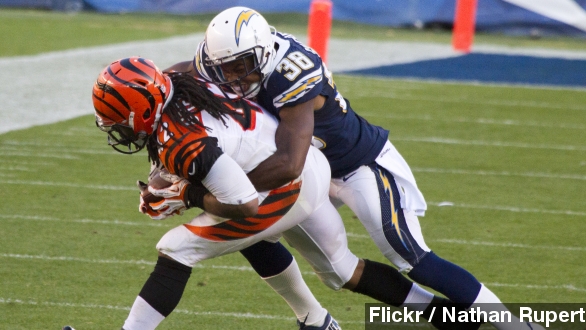 By Matt Moreno
June 25, 2014
The NFL agreed to lift a cap on how much money it will pay to retired players dealing with concussion-related health issues.
SHOW TRANSCRIPT

It appears we really do have a settlement now in the NFL's and retired players' concussion lawsuit agreement.

There's now no cap on what the NFL may have to pay out to retired players suffering from long-term effects of concussions, the NFL announced Wednesday. (Via NBC)

Meaning you can more or less toss out that $765 million settlement reached last year. (Via Bloomberg)

The NFL and those representing retired players agreed to that $765 million settlement last year, but in January, presiding Judge Anita Brody halted it from fully going into action, saying it may not go far enough in covering players in need. (Via PBS)

But while the NFL will likely be on the hook for much, MUCH more money, the league stayed positive about the matter Wednesday. NFL Senior Vice President Anastasia Danias said:

"Today’s agreement reaffirms the N.F.L.'s commitment to provide help to those retired players and their families who are in need, and to do so without the delay, expense and emotional cost associated with protracted litigation." (Via The New York Times)

The new agreement does still need to gain final approval in court. There's no exact date as to when that will occur.